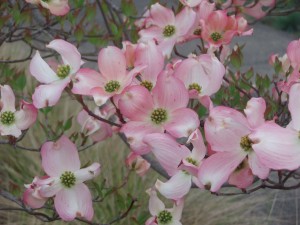 These are all questions worth taking the time to answer for yourself. Here, I am going to assume that you think there is, or at least should be, meaning in life; that the seemingly chance events and encounters we experience have a meaning that we can divine if we take the time to think about them, and to educate ourselves on how to speak the language of meaning. Finding meaning in life can make it richer and more satisfying. Here, I am going to share a few things I have come to believe about meaning, and finding it in your everyday life. I’ll try to keep it brief.

I believe that everything is a part of a whole—both the natural world and the human (though I would argue that humans are a part of the natural world); from the microcosmic to the macrocosmic scale. I also believe that everything has some form of life and intelligence to it, and that all things are in communication and, mostly, cooperation with all other things. When we as individuals think or act, we affect everything that is around us. Likewise, all other things also affect everything around them, including we humans.

Meaning is Not Always Obvious

I used to think that meaning should be obvious. I didn’t expect to exert myself to see it. I now believe that meaning is there, but it is often subtle and easily missed. Not only does it take some effort and self-training to see the meaning in events and encounters, it also takes time to learn the language of meaning.

For example, we can and often do ask for help, but it is so easy to completely miss a message that is helpful because we are preoccupied with other things, or because we expect that message to come to us in a specific form and fashion.

There is an old (but still good) joke about a very devout woman who lived near a river. One day, she saw on the news that a storm was coming and that the river might flood. People were advised to seek safety. The woman told herself that all would be fine if she were to pray to God for help, so she did. Sure enough, the storm came and the waters started rising. That afternoon, the sheriff came by and advised her to get out of her house and move to higher ground. She assured him that she had faith in God, and that she would certainly be safe. The waters started to rise, and her daughter came to take her to higher ground, but again she refused, assuring her daughter that the Lord would provide. As the waters rose, the woman was forced to move to the roof of her house. While watching the swirling waters and continuing to pray for help, she saw someone in a small boat rowing hard against the current to reach her. It was her neighbor Bob. “Climb in,” he shouted above the strong sounds of the still-rising waters. “No, Bob, God will save me!” she responded. Although he tried his best to persuade her, finally the current was too strong and he had to allow himself to be swept downriver to safety. The woman continued to pray. As the waters were rising even further, a helicopter came, lowering a rope, while a rescue worker shouted through a bullhorn for her to take hold of the rope. Once again, the woman refused, saying that God would save her. The helicopter flew away, and finally the waters swept the woman off the roof of her house to her death. Shortly after, in heaven, the woman stormed right up to God and berated him. “I had faith in you! I told all those people that you would save me, that you would provide for me! And yet I died! What happened?” God smiled gently at her in compassion and said, “I more than answered your prayers. I sent you a news report, the sheriff, your daughter, your neighbor, and even a helicopter…”

One of the reasons I like this joke is that it illustrates how we can fail to recognize the help sent us because it is in a different form than we expect. In this joke, the woman was expecting some kind of obvious, God-descending-on-a-cloud miracle, so she ignored the everyday miracles of the help offered by those who knew and loved her. Another concept this joke illustrates is that it is up to us to accept the help we are sent. It can’t be forced upon us.

It is easy to say that if someone came to rescue you in such a situation as the woman was in, you would take that help without question. But what if your problem isn’t so physical? What if you are puzzling over how to resolve an issue with a co-worker or an aunt or friend? What if you have asked for help and guidance, and it just doesn’t seem to be coming? In most cases, I would say that the help has come, but it wasn’t recognized. So how can we learn to recognize the help sent to us?

We Can Learn to More Easily Recognize Meaning

If we expand our expectations, if we allow messages to come to us in different forms, then we can learn to see that help for what it is, rather than dismissing it. For example, let’s say you hear a word or phrase in a song, then again see it on a billboard or in a magazine or book, and then again hear a friend or even a stranger say it. That repetition is a good sign that someone or something is trying to communicate with you. Or let’s say you only hear a phrase once, but it has significance for you. Noticing the repetition or the significant phrase is the first step. The next step is to figure out what it means. Although there are some things that have been around for so long they have universal meaning, there are still nuanced differences for each person even for those things. Also, different cultures sometimes attach different meanings to the same thing, so there isn’t a one-size-fits-all meaning for each event and encounter.

However, you can start to learn the subtle language of meaning in your life by paying attention to the odd things that happen that don’t seem to fit your everyday expectations. Spend a little time thinking about them. Ask for help from the spirit world in understanding those things. Here are some suggestions:

However you choose to go about it, be patient with yourself and the process. Keep thinking and believing that there is meaning in everything, and internally ask for help and guidance from the spirit world.

This site uses Akismet to reduce spam. Learn how your comment data is processed.